Canadians plan to spend an average of nearly $600 on this year’s holiday shopping, 8 per cent less than last year, yet more than half (51 per cent) expect to go over budget in the exuberance of the festive season, a new CIBC poll finds. 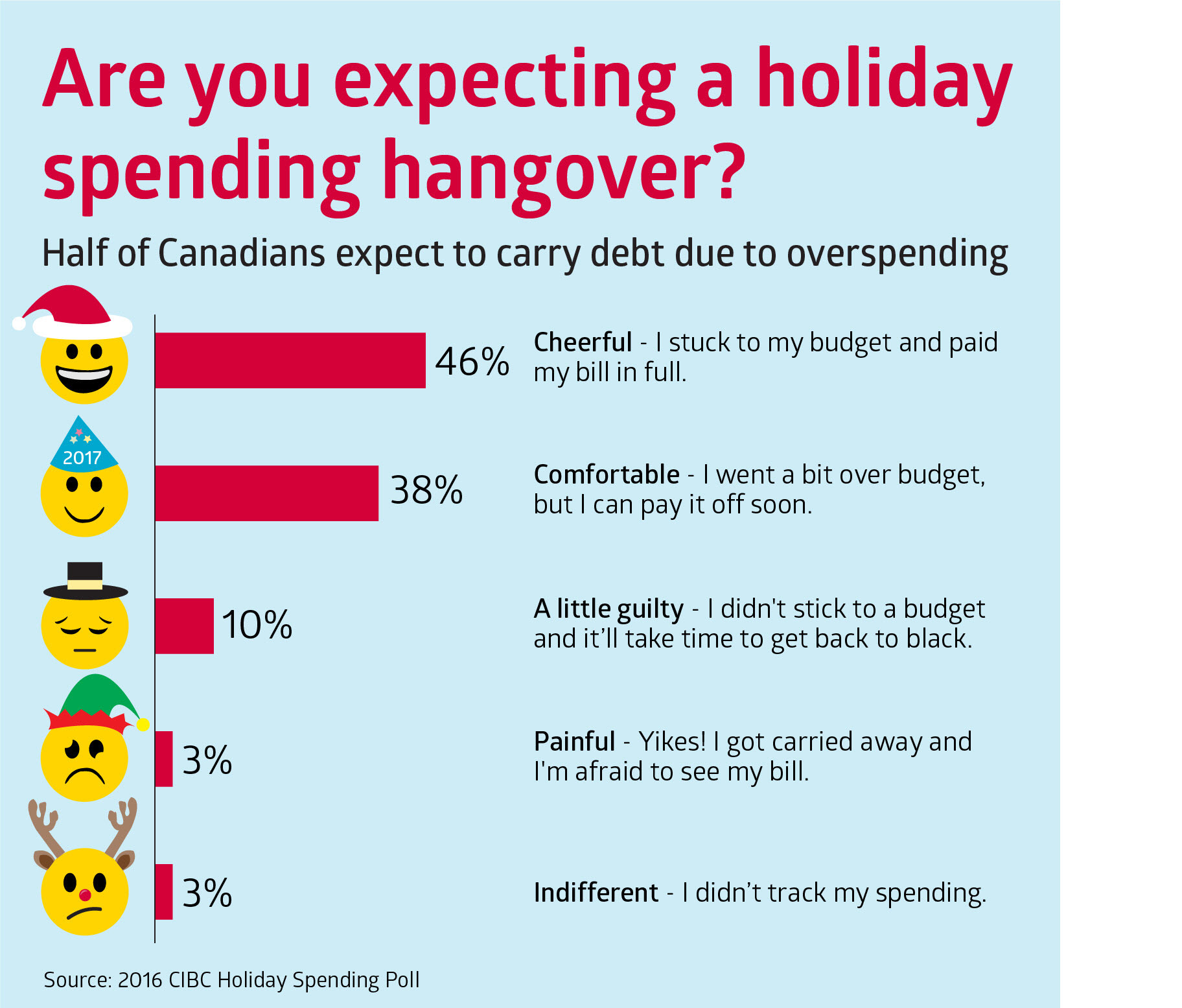 “The danger comes from what’s not wrapped – the entertaining, travelling, or even tempting Boxing Day sales and New Year’s festivities,” says David Nicholson, Vice-President, CIBC Imperial Service. “If we’re not careful, these unplanned expenses can derail even the most mindful budgeters and lead to tighter finances, stress and even regret when the bills come due.”

Millennials are more apt to buy on credit than those aged 35+ (60 per cent vs. 52 per cent)  and one in five (20 per cent) expect their shopping to result in them feeling ‘a little guilt’ or ‘pain’ when their card bills come due. They also tend to carry card debt longer, with nearly half (48 per cent) carrying credit card debt forward for more than a year, including 18 per cent who say they can’t remember the last time their balance was zero.

The poll findings also show that nearly two-thirds of Generation X-ers (35-54 years) with card debt either carry balances forward one year or more or can’t recall the last time they had a zero balance.

“While most Canadians use their credit card responsibly, it’s very easy to get swept up by the holiday spirit and carried away with spending,” says Mr. Nicholson. “The best way to stay cheerful is to spend within your means.”

The poll also shows that the likelihood to overspend over the holidays is true for all Canadians regardless of age or income. In fact, more than half (52 per cent) with higher incomes break their budget, adds Mr. Nicholson.

“Feeling the pressure of the holiday season is something we all share,” says Mr. Nicholson. “At this time of year, it’s really important to talk to your family and friends about gift-buying expectations and entertaining costs. The holidays hold a lot of emotion and tradition, so the more you can manage expectations, the less stress you’ll have and the easier it will be on your budget.”

The NPD Group Profiles the 2019 U.S. Holiday Shopper by Generation